What Classic Movie Are You?
personality tests by similarminds.com
Publicado por Nina en 14:39 No hay comentarios:

I Never Will
I never will
Never again
Publicado por Nina en 22:43 6 comentarios: 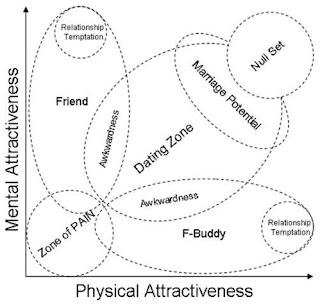 LOS ANGELES, April 25 — A few days after the annual ShoWest movie convention last month in Las Vegas, where the studios trotted out clips from coming horror films and a battle-heavy science-fiction spectacle, “Transformers,” the producer Cathy Schulman got an unusual call.

“ ‘We need a women’s picture,’ ” said the head of a Hollywood studio, whom Ms. Schulman declined to name. “ ‘Put it together.’ ”

With that, the studio executive revived a movie that Ms. Schulman, a producer of “Crash,” had long considered comatose, a romantic comedy-drama about a woman in her 40s. If the movie, as Ms. Schulman understood, was added as an afterthought to the studio’s slate, that is also one way to describe how some women in Hollywood are feeling these days.

While Hollywood has not stopped making films appealing to women and girls, as evidenced by recent and coming releases like “Music and Lyrics,” “Nancy Drew,” and “The Nanny Diaries,” women here worry that the future will not be so bright.

They are nervous about the disappearance of many of the movie world’s most visible female power brokers and concerned that a box office dominated by seemingly male-oriented action films like “300” means less attention for movies that have obvious appeal to female audiences, 51 percent of moviegoers.

“I feel that it’s a different time; it’s not the time that it was,” said Lynda Obst, the producer of “Hope Floats” and “How to Lose a Guy in 10 Days,” who said she recently had to fight to keep Disney from canceling one of her productions, a remake of “Adventures in Babysitting.”

“I don’t feel prejudice against me, not like in the early days,” she added, “but it’s not like the heyday either. It’s a boys’ era. And the market is driving that.”

Feeding this unease is the departure in the past 14 months of three of the four women who held top jobs at Hollywood’s major studios. Nina Jacobson, president of Disney’s motion picture group, lost out in a power play. Gail Berman, the president of Paramount, did not mesh well with her boss, Brad Grey, the studio’s chairman, and was pushed out. And Stacey Snider, the former chairwoman of Universal Pictures, chose to defect to DreamWorks, now a Paramount subsidiary, rather than continue to labor under the pressures of Universal’s ultimate corporate parent, General Electric.

They were all replaced by men. (Amy Pascal remains co-chairwoman of Sony Pictures Entertainment.) Meanwhile, one of the industry’s veteran executives, the former Paramount chairwoman Sherry Lansing, retired in late 2005, leaving the entertainment industry for charity work.

It is debatable whether the diminished number of women running major studios has had any effect on the kinds of movies being made. Studio executives, both men and women, have shown themselves to be pragmatists above all, choosing movies that they believe will make the most money for their corporate parents.

While running Disney, Ms. Jacobson presided over a wide array of movies, including muscular hits like “Pirates of the Caribbean,” along with what some considered softer fare like “The Chronicles of Narnia: The Lion, the Witch and the Wardrobe” and “The Life Aquatic With Steve Zissou.”

The current schedule for Disney, under a new motion picture group president, Oren Aviv, has a mix of movies tied to the company’s new philosophy of focusing more closely on the family audience. But so far the production green light has been given, or is about to be, to a narrow slice of movies: a sequel to the Nicolas Cage action thriller “National Treasure”; a Martin Lawrence road comedy; and “Old Dogs,” a comedy about two middle-aged dads. A Disney spokeswoman said these films were not male-centric and were instead geared toward broad audiences, including women and girls.

Nonetheless, Tom Ortenberg, the president of Lionsgate, said he did sense a gender divide in Hollywood fare. “In general, female markets have been underserved, and the over-25 female audience is one that’s dramatically underserved in the marketplace,” he said. “I don’t know why that is. You could speculate that it’s because this is a male-driven world, with people greenlighting the movies they feel most close to.”

Yet he said that bias did not apply at Lionsgate. Even though, at first glance, a slate filled with films like “Bug” and “Hostel 2” would seem to be classic male-oriented shriekfests, the reality is that women are avid fans of horror films. (Fifty percent of the “Hostel” audience was female, he said.)

Still, some long-time Hollywood producers feel that something has shifted. “For every Lionsgate, you’d hope there would be another company saying, ‘We’re going to make ‘My Big Fat Greek Wedding,’ ” said Lindsay Doran, an independent producer (“Nanny McPhee,” “Sense and Sensibility”) who once ran United Artists. “You don’t see that. You don’t see companies saying, ‘More than half of this population is women, we should design a slate to come up with movies like ‘The Break-Up,’ and ‘The Devil Wears Prada.’ ”

Box office calculations may have something to do with that. Despite the success of “The Break-Up,” for example, romantic comedies have been in decline for a number of years, since their heyday a decade ago with stars like Julia Roberts, Meg Ryan and Sandra Bullock. (This past winter, “Catch and Release,” “Because I Said So” and “Holiday” struggled, while “Music and Lyrics,” with Hugh Grant and Drew Barrymore, did only decent business.)

Not only have few women emerged to replace those A-list stars, but studios are also reluctant to pay the price tags of $20 million or so that those women once commanded. And producers like Ms. Doran say that at a time of growing importance for the international box office, romantic comedies are considered to fare less well overseas than male-led action movies or fantasy adventures heavy with special effects.

Women are also going to those kinds of movies, anyway. More and more, Hollywood tinkers with the horror and adventure genres to attract women to the theaters. “Disturbia,” an updated “Rear Window” with more gore and the former Disney Channel star Shia LeBeouf, is both a horror film and a teenage love story. Even “300,” the abs-and-sandals fanboy’s favorite, enhanced the role of the Spartan queen, Gorgo, to boost the movie’s appeal to women.

While the shift in the hierarchy may just be the normal turning of Hollywood’s fickle wheel of fortune, it is still worrisome to women here who are eager for role models and a mentoring system to compete with the well-established boys’ club.

Martha Lauzen, a professor at San Diego State University, found that the number of women working as directors, writers, producers and editors declined in 2006 from the year before, to 15 percent from 16 percent. And she estimated that the number of female executives in the studios is only slightly higher, perhaps 20 percent. “We’re at same place we would have been in 1999,” she said.

Ms. Lansing, who was the dean of female Hollywood studio executives, said she believed that lifestyle choices, along with the dumbing down of Hollywood movies, was affecting the number of women in the running for top jobs.

“Most people who got into the movie business wanted to make a certain kind of movie: movies that were character-driven, that affected the way you thought, that had social content, political content,” she said. “But now it’s about opening weekend.”

“At a certain point,” she continued, “some women will say: ‘I’ve done this enough. I have enough money. How long am I going to get up at 6 a.m. and go to bed at 11 p.m., six days a week?’ Women also want to be in love. A huge percentage want children. They want friends. They want life.”

Interviewing candidates for the production company she runs, Mandalay Entertainment, Ms. Schulman was recently struck by the number of out-of-work female executives she encountered. “I see a definite problem with the lack of support for women at the lower ranks, which may ultimately create a lack of women who could be viable for the top-dog jobs,” she said. “I don’t know if the two areas are related, but it is an area I see as getting worse.”
Publicado por Nina en 7:02 No hay comentarios: 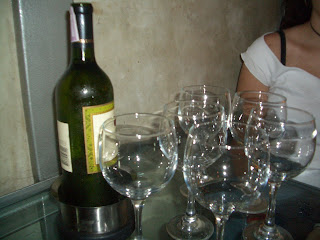 Me pueden escribir a ninarancel@gmail.com